An Evening with Dave Willetts @ The Crazy Coqs – September 2013 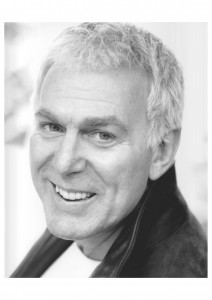 For more than 25 years, Dave Willetts has been a leading musical theatre star and critically acclaimed for his performances in some of the world’s most popular shows. He was the first actor in the world to play the leading roles in both Les Misérables (London and Australia) and The Phantom of the Opera (London and Manchester) and over the years has taken numerous other roles in shows such as Jesus Christ Superstar (Jesus), Sweeney Todd (Sweeney), Sunday in the Park with George (George), Ragtime (Father), Seven Brides for Seven Brothers (Adam Pontipee), South Pacific (Emile de Becque), Sunset Boulevard (Max Von Mayerling – for which he received an Olivier nomination), 42nd Street (Julian Marsh), Aspects of Love (George Dillingham) and Legally Blonde (Professor Callaghan). Dave has also recorded five solo albums and undertaken numerous concert tours of the UK.

What many may not realise is that accounts of the events leading up to all of the above successes combine to make a fantastic story documenting a rise to fame that most aspiring performers can only dream of. Last week, Dave brought this series of fascinating anecdotes, his pianist, Barry Todd, and a varied collection of songs, to The Crazy Coqs, an intimate cabaret venue in the heart of Piccadilly.

Although there were possibly not too many surprises in the two-act programme for those familiar with Dave’s work, it made for a great introduction for those new to him and a thoughtfully presented couple of hours which transported the audience back to various important milestones in the singer’s professional and personal life. An upbeat medley of Jolson classics conjured memories of Dave’s childhood and family times around the piano and a lovely version of ‘Lullaby in Ragtime’ from The Five Pennies was performed in tribute to Dave’s two daughters, Leanne and Kerry, harking back to his early days of parenting. Old concert favourite, ‘Mr Cellophane’, gave Dave the chance to showcase his acting skills and sense of humour, whilst ‘I Guess it Doesn’t Matter Anymore’ (Dave’s very first audition piece) and ‘I’ll See You in My Dreams’ (grandson Rafferty’s favourite song), performed on guitar and ukulele respectively, unveiled further dimensions to Dave’s tremendous versatility.

Whilst Dave was working at an engineering firm in the Midlands back in the early 1980s, he was invited to see some friends in a production of Call Me Madam, which sparked his interest and subsequent involvement in amateur theatre. He later came to the attention of Bob Hamlyn, artistic director of the Belgrade Theatre in Coventry, when he played Charlie Gordon in the Charles Strouse musical, Flowers for Algernon. Hamlyn later cast him as “third flunky from the left” in Strouse’s Annie. This anecdote led to a spine-tingling performance of ‘Tomorrow’ which showcased perfectly Dave’s inimitable ability to interpret a song and underline the meaning of each and every lyric.

It was when Dave went to audition for the original London production of Les Misérables that things really started to happen for him, and he performed a rapturous version of ‘Luck Be a Lady’ to commemorate the event. That audition resulted in director Trevor Nunn casting Dave in the ensemble, and within a year he was understudying Jean Valjean, eventually taking over the role. In 1987, when Michael Crawford departed London for the US premiere of Andrew Lloyd-Webber’s The Phantom of the Opera, Dave succeeded him at Her Majesty’s Theatre. These momentous achievements were marked at the close of the first half, with Dave presenting spectacular medleys of songs from each show.

The second half of the evening continued the autobiographical theme, particular highlights being a rousing interpretation of ‘Ti Amo’, a dramatic ballad from J’Accuse…! The Passions of Emile Zola, one of Dave’s current projects, and a medley of Neil Diamond classics, which had the audience singing and clapping along. The show closed with more audience participation: ‘We’ll Meet Again’ and, finally, La Cage Aux Folles classics ‘The Best of Times is Now’, and ‘I Am What I Am.’

Dave Willetts is relaxed, personable and engaging on stage, his performances laced with undeniable ‘pizzazz’, his liquid vocals encompassing the exact amount of light and shade. Combined with the sheer class and comfort of ‘The Crazy Coqs’ this made for a terrific few evenings’ entertainment which one can only hope will be repeated in the not-too-distant future.

The Old Red Lion Theatre’s quest to showcase the work of innovative and exciting new writers continues with this world premiere of Carol Vine’s The Spring Tide.

The play is essentially a study of one woman’s fight with her true self, which results in her allowing convention and what she perceives to be a more socially acceptable way to live, to win. Coupled with the inevitable emotional havoc this wreaks, both on herself and the people in her life, this makes for an ambitious and poignant piece.

The tackling of gay issues in the theatre is by no means new, but I think it is fair to say that stories of women battling their sexuality, getting married and having children, then ‘coming out’ in later life, are more rarely seen. The young versions of Suzy (Lorena Vila) and Lan (Nellie NcQuinn) meet and fall in love whilst still at school and the scenes between them bring out the more innocent side of a same-sex relationship that is both readily embraced by its teenaged participants and which sizzles with possibility. Both young actresses give bold and promising performances and their interaction is tender and thoroughly believable throughout.

There are, however, a few elements which have the potential to jar and baffle the audience as the play jumps back and forth in time and the girls re-unite as adults. Now 45, Suzy (Melanie Ramsay) has turned her back on her relationship with Lan and married Matthew Ashforde’s hapless Tim.

The couple’s troubled teenaged son, Lewis, is the archetypal exponent of a dysfunctional marriage, and whilst Pierro Niel Mee’s performance occasionally verges on caricature, he brings an undeniable vitality and much-needed humour to the piece. The adult Lan’s Manchester accent is confusing (her younger counterpart has a strong Irish lilt) and the reasoning behind her return to Suzy’s life is never really explained, but Anita Parry’s confident performance is impressive throughout.

Whilst on some levels this production is very much a work in progress, its originality and moving subject matter show real potential for something special. 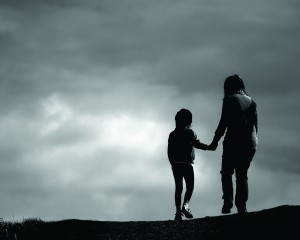 The Print Room is a relatively new and intimate performing arts venue in Notting Hill which aims to deliver work that is ‘ambitious, adventurous and original’. As audience members are led in pairs by theatre staff through a tranquil garden into the pitch black auditorium to witness this new adaption of Gloria Mina’s Tutto Bene, Mama? by April de Angelis, visibility really is zero and ‘ambitious’ is certainly a word that springs to mind.

As the plot unfolds, it becomes abundantly clear why Mina chose to set the piece in darkness.

At its unpleasant centre is the death of a young, single mother whose corpse proceeds to decay and attract swarms of flies as her young son looks on and, simply assuming she is ‘sleeping’, goes about his daily lifein the apartment.

This would clearly pose rather a challenge to present in the traditional way. In addition, the part of the Boy would arguably be far too large and difficult an undertaking for a child to take on, so his voice is supplied by young adult actress Georgia Groome. Her skill is such that it takes a good while to work out that the voice piercing through the darkness is neither male nor that of a child, though once reality dawns it is somewhat distracting.

There’s also the niggling feeling that surely any child with half a brain would panic and call 999 at the sight of his mother unconscious on the floor. His reaction is completely unbelievable and this is the plot’s major flaw.

Is darkness an effective theatrical mechanism or merely a quirky cop out? Whilst it’s true that not being able to see anything forces one to engage in a different way, heightening the other senses and forcing the brain to try and fill in the gaps, unfortunately the sound and smell effects used in this production are somewhat disembodied, quite unrealistic, and do not have a cohesive effect.

Where the piece does succeed is that the experience is distinctly uncomfortable, and there is an overwhelming sense of relief when the action draws to a close. Not typically the aim of theatre perhaps, but this is an ambitious, brave and interesting undertaking nevertheless.